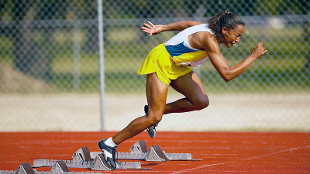 A new lab in Essex, United Kingdom, that will operate 24 hours a day during the 2012 London Summer Olympics and perform more anti-doping tests than any other games was unveiled today (January 19). The plan is to test every medalist and more than half of all Olympic competitors—more than 400 samples each day and more than 6,000 in total, Daily Mail reported—returning results within 1-3 days.

The lab—donated and equipped by pharmaceutical giant GlaxoSmithKline—will be staffed by an international team of more than 150 anti-doping scientists as well as hundreds volunteers, led by  David Cowan from King's College London. After collecting and processing the athletes’ samples, the lab will employ “super-fast and super-sensitive technologies to be able to detect the use of prohibited substances,” Cowan said at the unveiling.

“Of course we cannot absolutely guarantee that these will be a drug-free games,” he added. “But...