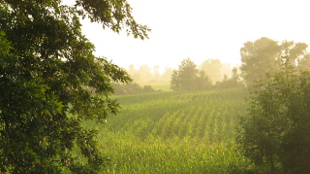 Wikimedia, GardenkittyThe European Food Safety Authority (EFSA) has found that a controversial study, which claimed to link genetically modified (GM) crops to early death and tumor development in rats, is not scientifically valid or useful in assessing health risks, according to a statement released last week (October 4).

The study, published September 19 in Food and Chemical Toxicology and authored by Gilles-Eric Séralini of the University of Caen in France and colleagues, claimed that rats fed GM corn—which is approved for use in Europe and America—developed massive mammary tumors and died earlier than rats fed conventional corn during a two year study. But scientific experts swiftly pointed out flaws in the study’s design and analysis. The day after its publication, the EFSA announced that it would create a task force to evaluate the study and any possible risks to public health it reported.

The results of that audit...

Echoing the points critics had noted earlier, the task force found that Séralini’s experiment did not test enough rats, or have proper controls, and that the paper did not discuss all of the outcomes for the rats tested. But, the task force did invite Séralini to respond to their evaluation, giving him a deadline of October 12 to comment.

Though Séralini has not spoken publicly about the EFSA’s finding, it seems unlikely that he will, given his previously voiced disapproval of their audit. "It cannot be that those who authorized [Monsanto's GM maize variety] NK603 carry out the review of my data, because there would be a conflict of interest with their authority and their careers," he said during a September 20 press conference at the European Parliament in Brussels.