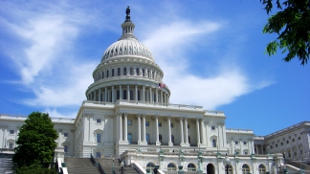 Just hours after publishing giant Elsevier withdrew its support of the Research Works Act (RWA)—a bill introduced into the US House of Representatives late last year that would do away with federal policies like the National Institutes of Health's public access policy that require grantees to post their peer-reviewed manuscripts online in open-access forums—its sponsors pronounced the bill dead.

Representatives Darrell Issa (R-CA) and Carolyn Maloney (D-NY), who introduced the legislation last December, said on Monday (Feb 27) that the House Oversight and Government Reform Committee would drop the RWA, officially known as HR 3699. "We will not be taking legislative action on HR 3699, the Research Works Act," they said in a statement.

Open-access advocates are hailing the move as a victory, and it does seem that the RWA's sponsors realize the rise of the open-access model of publishing scientific literature. "As the costs of...

Competing legislation introduced into both the House and Senate earlier this month—the latest version of the Federal Research Public Access Act (FRPAA), which like the RWA had been introduced into the legislature several times in the past—is still alive and kicking. FRPAA would require federal agencies to provide the public with online access to articles reporting on the results of taxpayer-funded research no later than 6 months after publication in a peer-reviewed journal.