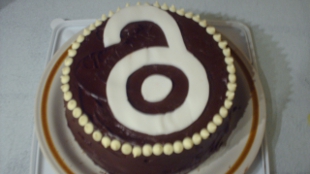 US Representatives Darrel Issa (R-CA) and Carolyn Maloney (D-NY) introduced a bill into the House of Representatives in mid-December that would roll back the National Institutes of Health Public Access Policy, which mandates that any published research that was funded by the federal science agency be submitted to the publically accessible digital archive PubMed Central upon acceptance for publication in journals. The bill, H.R. 3699, would also make it illegal for other federal agencies to adopt similar open-access policies.

The legislation, referred to as the Research Works Act, is being applauded by the Association of American Publishers, a book publishing industry trade organization that claims the NIH policy and others like it undercut the scientific publishing business, which seldom receives federal funds. "At a time when job retention, US exports, scholarly excellence, scientific integrity, and digital copyright protection are all priorities, the Research Works Act...

But taxpayer advocacy groups, such as the Alliance for Taxpayer Access, oppose the bill and are encouraging members of the public to do the same. "Supporters of public access need to speak out against this proposed legislation," the Alliance wrote in a statement urging opposition of the bill. "Your support for public access to the published results of the research we pay for is critical – and appreciated!"

The Research Works Act is the latest push in a series of efforts to reverse the NIH's open-access policy that started soon after the agency enacted it in 2008. The Fair Copyright in Research Works Act (H.R. 6845)—introduced by Issa and Representatives John Conyers (D-MI), Tom Feeney (R-FL), and Robert Wexler (D-FL) in September 2008—languished in legislative purgatory in the House. Conyers resurrected the act (this time called H.R. 801), along with Issa, Wexler, Maloney, and Representatives Steve Cohen (D-TN), Chaka Fattah (D-PA), and Trent Franks (R-AZ) in February 2009, but that bill, an exact replica of its predecessor, still lingers in committee, according to Congressional records.

The current incarnation, referred to the Committee on Oversight and Government Reform, of which Issa is chair.