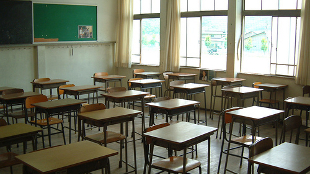 Public school educators in Tennessee can now teach their students the tenets of creationism, intelligent design, and global warming skepticism with impunity, according to opponents of a new law in the state. Tennessee Governor Bill Haslam declined to either sign or veto the state's so-called "monkey bill," which prohibits public school officials from stopping a teacher who aims to teach alternatives to well-established scientific theories such as evolution and global climate change. As a result, HB 368 became law on Tuesday (April 10).

Proponents of science education had been urging Haslam to veto the bill after Tennessee's state Senate and House of Representatives passed it by a 3-to-1 margin last month.

The new law—which makes Tennessee the second state to open public school doors to the teaching of creationism, intelligent design, and climate change skepticism after Louisiana enacted a similar law 3 years ago—states that...

Opponents of the legislation see red flags in the topics the law singles out. "HB 368 and other bills like it are a permission slip for teachers to bring creationism, climate-change denial, and other non-science into science classrooms," Eugenie Scott, director of the National Center for Science Education (NCSE) in Oakland, California, told Nature.