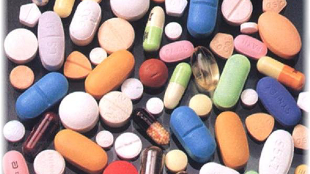 WIKIMEDIA, RAYNATAWith rates of childhood obesity on the rise, researchers are searching for potential causes. One contributing factor, according to a study published in JAMA Pediatrics this week (September 29), may be antibiotics prescribed at a young age.

According to the study, which surveyed health records of more than 64,000 children, antibiotic use before the age of 2 is associated with increased obesity risk before age 5. Those children who were given four or more courses of common antibiotics before age 2 were at particularly high risk of developing childhood obesity. Strikingly, 69 percent of children studied had been given antibiotics in their first two years of life.

“Our hope is that we can find out what the risk factors are in early childhood and do a better job not just at preventing this, but of identifying the kids . . . who then can change their path by...

One possible mechanism that would link antibiotic use and obesity are the drugs’ effects on the body’s commensal microorganisms, which have been linked to metabolic changes. “It’s coming in every direction. We’re really assaulting our microbiome,” Martin Blaser, director of the Human Microbiome Program at New York University and author of Missing Microbes: How the Overuse of Antibiotics is Fueling Our Modern Plagues, told USA Today. “Right now, everyone is giving antibiotics, thinking they are ‘free,’” he adds. “Once there is evidence that they have costs, the calculation begins to change.”

Clarification (October 2, 2014): The subhead for this story has been updated to clarify that this is an observational study, and antibiotic use was simply correlated with increased risk of obesity. The Scientist regrets the confusion.