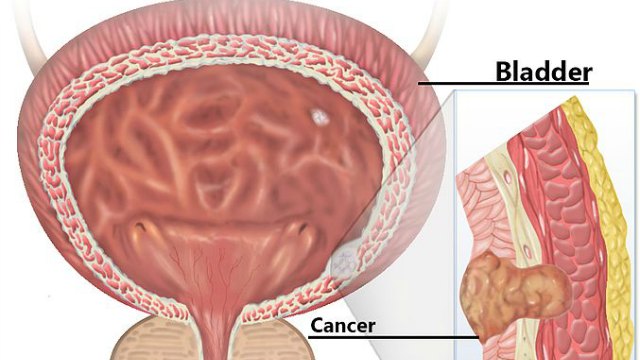 WIKIMEDIA, NATIONAL HUMAN GENOME RESEARCH INSTITUTE Checkpoint inhibitor drugs, those that pull the brakes off the immune system, can cause dramatic improvements in cancer patients, but the benefits are far from universal. In the case of atezolizumab (Tecentriq), for instance, just about a quarter of patients respond to the medication.

To find ways to boost the proportion of patients who respond to checkpoint inhibitors, researchers have turned to combination therapies. At the American Association for Cancer Research meeting in Chicago today (April 16), researchers from Genentech presented data showing atezolizumab combined with an antibody that interferes with transforming growth factor B (TGF-β) shrinks bladder cancer in mice that model recalcitrant tumors. The team had also published its results in February in Nature.

Atezolizumab was given accelerated approval by the US Food and Drug Administration in 2016 to treat bladder cancer. The drug is a monoclonal antibody that works by...

The team found a number of differences between the patient groups, and several phenomena stood out: in particular, responders tended to have a higher load of tumor mutations, less TGF-β signaling, and their tumors were infiltrated by T cells. Tumors of non-responders, on the other hand, had fewer mutations, more TGF-β activity, and stromal tissue surrounding the tumor that impeded T cells from entering.

“That would explain why anti-PD-L1 wouldn’t work,” coauthor Ira Mellman, the vice president of cancer immunology at Genentech, tells The Scientist. “T cells couldn’t get in contact with the tumor cells they were supposed to kill.”

Mellman explains that TGF-β plays a role in assembling the stroma, so the team suspected that inhibiting TGF-β might help atezolizumab do its job. In mice bearing tumors that exclude T cells, the anti-TGF-β antibody combined with the anti-PD-L1 antibody shrunk the tumors.

The authors wouldn’t reveal the precise target within the TGF-β pathway that their antibody inhibits. Mellman says the antibody is not a drug currently approved for use in humans, and it remains to be seen whether it will be the best intervention to deal with resistant tumors. “This work provides a compelling reason to think there are one or more targets in this pathway that should be moved into clinic,” he says.