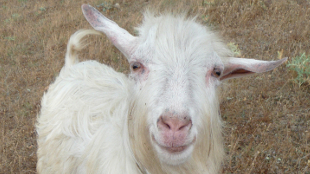 WIKIMEDIA, GEORGE CHERNILEVSKYSanta Cruz Biotechnology maintains a sprawling central California ranch that houses thousands of goats and rabbits from which it harvests antibodies for use in life-science laboratories around the world. But the company has run afoul of federal laws governing animal safety for the past decade, and in 2012, the US Department of Agriculture (USDA) filed an enforcement action against the corporation. Now, a tentative date has been set for the hearing at which Santa Cruz Biotech will attempt to defend itself against the allegations.

Since 2003, Santa Cruz Biotech has paid thousands of dollars in fines for dozens of citations levied by the USDA for violating the Animal Welfare Act, according to The New Yorker. Violations have mainly involved poor veterinary care of the facility’s goats. During a 2010 inspection, USDA officials say they found a goat that had been bitten by a coyote but was...

Though the federal agency gave Santa Cruz Biotech the opportunity to settle the matter out of court, the company refused, and a court date has now been set for mid-July. Stanford University biologist Matt Scott told The New Yorker that he’s asked his lab to avoid buying products from Santa Cruz Biotech. “I don’t think what’s going on is widely known in the scientific community,” he said. “If it was more widely known, it would have an impact. Biologists care about animals and the land, and don’t want to take part in something where either of those is hurt.”

According to a 2012 survey conducted by The Scientist, Santa Cruz Biotech was the second largest supplier of antibodies on a global scale. At that time, 53 percent of labs responding to the survey were using the company’s products.