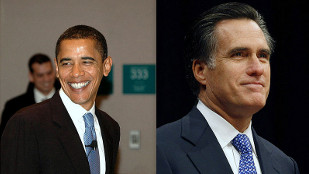 Wikimedia, MalwackAs moderator Jim Lehrer pointed out between responses Wednesday night (October 3), a lot of topics were brought up during the first of three presidential debates—but science and research weren’t really featured among them. Moreover, President Barak Obama and Governor Mitt Romney discussed the broached topics in generalities that were unsatisfying for many science experts.

“The first Presidential debate was a missed opportunity for the candidates to outline a vision for putting research and innovation to work to improve health and strengthen the economy,” Research!America President and CEO Mary Woolley, wrote in a statement. “Fleeting references to science and research failed to give voters confidence in this regard.”

In a nation-wide poll, conducted in March by the non-profit ScienceDebate, nearly 85 percent of likely voters were in favor of having the candidates debate science-related challenges facing America. And last week, 160,000 people signed a petition—organized the League...

Lehrer, however, did not ask a question related to climate change, or to any other science topic.

In what might be the most concise response to last night’s debate, the American Association of Retired Persons (AARP), released a statement Wednesday that addressed the candidates' discussion of health policy. “America’s voters deserve more than talking points and 30-second sound bites,” the AARP wrote.