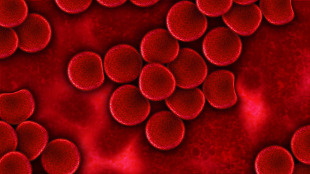 A team of researchers from Chinese and Singaporean institutions has identified 124 proteins targeted by the malaria-fighting compound artemisinin, as well as the source of the iron required for the drug’s activation. The group’s results were published last week (December 22) in Nature Communications.

The discovery of artemisinin won Chinese scientist Youyou Tu a Nobel Prize in Physiology or Medicine this year, but questions have still surrounded artemisinin’s exact mechanism of action. In the current study, researchers labeled and tracked artemisinin to identify its targets in two strains of the malaria parasite Plasmodium falciparum.

The research team discovered that artemisinin is activated by the iron contained in heme, a component of hemoglobin, rather than by free-floating iron. The source of heme is both the parasite’s own heme biosynthesis and that released when the parasite digests the hemoglobin of its host. The researchers also identified 124...

“Artemisinin kills by jamming up a large variety of cellular processes rather than a single pathway,” Leila Ross, a postdoc studying malaria drug resistance at Columbia University who was not involved in the study, told Chemical & Engineering News (C&EN). The idea that artemisinin binds to multiple parasite proteins was suggested in 1994 by Steven Meshnick, a researcher who was then at the University of Michigan. “This elegant paper makes a convincing argument for heme-activated promiscuous protein modification,” Meshnick, now at the University of North Carolina, Chapel Hill, told C&EN.

“With artemisinin resistance in malaria parasites becoming an emerging concern, particularly in Southeast Asia, our study could potentially contribute to the design of better drugs and treatment strategies against malaria,” study coauthor Kevin Tan from the National University of Singapore said in a press release.