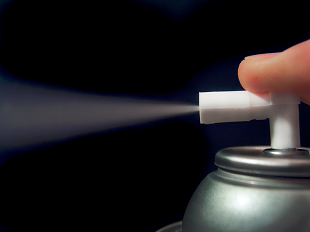 PICCOLO-NAMEK, WIKIMEDIAYour axilla—or armpits—provide an ideal potential environment for thousands of bacterial species making up the skin microbiome. But wearing antiperspirants might considerably influence the composition and size of these microbial communities, according to researchers from North Carolina State University who characterized the armpit microbiomes of a group of healthy humans. The findings were published yesterday (February 2) in PeerJ.

“Just which of these species live in any particular armpit has been hard to predict until now,” said study coauthor Rob Dunn of North Carolina State in a press statement. “But we’ve discovered that one of the biggest determinants of the bacteria in your armpits is your use of deodorant and/or antiperspirant.”

The researchers recruited 17 participants to the study; seven wore antiperspirants, which reduce sweating; five used deodorant, which kill odor-producing microbes; and five did not use either. Over the course of eight days, participants took...

The team found that while deodorants had little effect, antiperspirant products did indeed dramatically reduce the growth of microbes in the armpit. The researchers also found that participants who did not regularly wear antiperspirant had vastly different microbial communities from participants that did, with some bacterial groups—such as Corynebacteria, thought to help protect the body against pathogens—seeming to thrive better in people who wore no products at all.

Pieter Dorrestein of the University of California, San Diego, who was not involved in the research, told HealthDay he would have been surprised if personal care products didn’t change the skin’s microbial community, but noted that the study had used only a small sample size, and a somewhat “arbitrary” experimental length of eight days.

Study coauthor Julie Horvath of North Carolina State said in the statement that the research did not examine the link between these differences and human health. “We have no idea what effect, if any, that has on our skin and on our health,” she said. “Is it beneficial? Is it detrimental? . . . Those are questions that we’re potentially interested in exploring.”