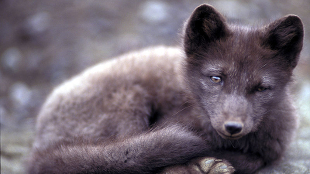 WIKIMEDIA, HINKE/SACILOTTO, US FISH AND WILDLIFE SERVICEArctic foxes living on a small island in the Bering Sea may be suffering a dramatic population crash because their diet is limited to marine animals containing high levels of mercury, according to a report out this week (May 6) in PLOS ONE.

The foxes on Mednyi Island, which have been isolated for thousands of years, were once abundant enough to support resident fur hunters, reported Nature. But since the 1970s, when humans left the island, the number of foxes has fallen off dramatically. Researchers thought this might be due to diseases introduced by humans and their dogs, but when they screened Mednyi’s foxes for canine pathogens, they found no evidence to support the hypothesis.

Next the team decided to look at mercury levels in the foxes, as the pollutant is known to accumulate at high levels in the seabirds and...

The researchers suspect that the difference arises because foxes on larger islands can move inland to feast on a more varied diet, including lemmings, voles, and human-discarded food waste. The Mednyi foxes, on the other hand, can only eat marine animals, making them more susceptible to increasing environmental mercury levels.