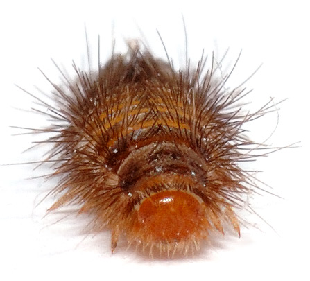 Carpet beetle larva (Anthrenus verbasci)WIKIMEDIA, ANDRE KARWATHIn the first complete census of arthropods living inside American households, entomologists in North Carolina identified an average of 62 arthropod families and 93 morphospecies per home, according to a study published this week (January 19) in PeerJ.

“The truth is that we’re all living with this vast diversity of arthropods and the majority of them are not overtly harmful,” study coauthor Michelle Trautwein of the California Academy of Sciences told The Christian Science Monitor. “We ought to consider them our quiet and benign roommates.”

From more than 10,000 specimens collected in 50 houses near Raleigh, the researchers identified 304 families of arthropod, of which 149 were rare. Speaking to The Atlantic, coauthor Matthew Bertone of North Carolina State University said, “I encountered organisms I’ve never seen before as an entomologist collecting for 15 years in North...

The researchers found pest species in only a handful of the homes they visited, with cockroaches and fleas present in just 6 percent and 10 percent of houses, respectively. They also noted considerable diversity along a spectrum of adaptation to living indoors—from the synanthropic arthropods, such as carpet beetles and book lice, to organisms that use houses for occasional shelter, like ants and ground beetles.

The authors argue that their findings should prompt a broader study of the ecological dynamics of these “indoor biomes,” given their potential economic and health implications for the humans cohabiting with them. Certainly, Bertone told The Atlantic, they should not be a cause for concern.

“I hope this doesn’t put fear in people’s minds that they’re being overrun or that they live in unclean homes,” he said. “People have been living with these animals for centuries. This is just something that is.”