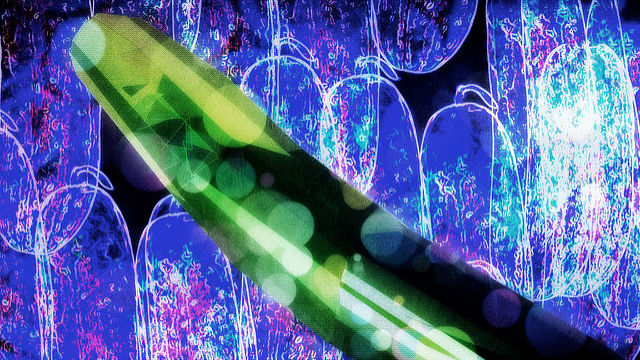 FLICKR, SURIAN SOOSAYSheref Mansy of the University of Trento in Italy and colleagues have developed artificial cells that pass a bacterial version of the Turing Test, which pits artificial intelligence (AI) against human intelligence.

Devised more than half a century ago by mathematician Alan Turing, the Turing Test states that if a computer can fool a human into thinking she is speaking with a real person, then the computer has achieved true AI. Now, Mansy’s team has developed artificial cells—encapsulated chemical systems designed to carry out particular cellular pathways, in this case, bacterial quorum sensing pathways—that have fooled real bacteria into thinking they’re alive. When cultured with Vibrio fischeri, Pseudomonas aeruginosa, or E. coli, the artificial cells began expressing certain genes in response, according to a study published last week (January 25) in ACS Central Science.

“It is absolutely possible to make artificial cells that can chemically communicate with bacteria,”...