YOUTUBE, CHILDREN'S HOSPITAL OF PHILADELPHIAFetal lambs that are developmentally similar to human infants born extremely prematurely (as early as at 23 weeks of gestation) can survive and continue to develop in an artificial womb for up to four weeks, researchers at the Children’s Hospital of Philadelphia Research Institute reported in Nature Communications today (April 25). In its paper, the team described its womb-like system, which notably differs from previous artificial womb setups in that it enables gas exchange to the fetus in a closed, sterile, fluid environment.

“We’ve developed a system that—as closely as possible—reproduces the environment of the womb and replaces the function of the placenta,” coauthor Alan Flake told reporters during an April 24 press briefing. “This, in theory, could allow support of a premature infant for a period of weeks and thereby reduce, dramatically, its mortality and morbidity, and improve outcomes both short- and long-term.”

“What they’ve got is a system where the fetus is really existing very much as it would in the mother’s womb,” Anna David of University College London who was not involved in the study told Science.

Flake told reporters that his team is now working with the US Food and Drug Administration to design a preclinical study to further evaluate the safety and efficacy of the system. He provided a “conservative” estimate of a first-in-human trial beginning in three years.

“This will require a lot of additional preclinical research and development and this treatment will not enter the clinic any time soon,” Colin Duncan of the University of Edinburgh, Scotland, who was not involved in the research told BBC News. Still, he added, “this study is a very important step forward.” 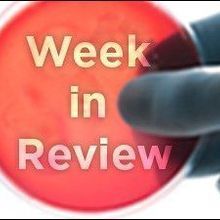 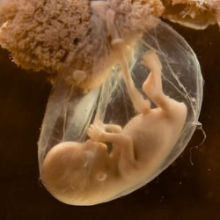