Population geneticists seem to be catching on to the benefits of posting their manuscripts on arXiv.org, a 20-year-old preprint server that has previously been the domain of physicists, mathematicians, and computer scientists. Researchers in those fields have been self-archiving preprints of their papers in arXiv since 1991, when Cornell University theoretical physicist Paul Ginspar launched the site. But in the past month, leading population geneticists have posted their papers to arXiv. "It's wonderful if biologists are belatedly joining the late 20th century," Ginspar told Nature. "Welcome to the party; better late than never."

ArXiv has maintained a section for quantitative biologists since 2003, but the papers posted there are dwarfed by the huge number of manuscripts submitted by physical scientists.

But in July, researchers from Harvard and Stanford Universities posted a high-profile paper on the genomic variation between 22 populations of African people. And earlier this year, Princeton University grad student Marshall Louis Reaves and colleagues posted a paper refuting the claim that bacteria found in a California could subsist on arsenic in the absence of phosphorus in arXiv before publishing it in Science.

Statistical geneticist Graham Coop of the University of California, Davis, also posted a paper comparing genetic attributes between European populations in arXiv last month. "Biology will soon have to embrace this trend fully," he told Nature. "The speed of discussion, comment, and pre-publication review allowed is needed in biology more than most fields." 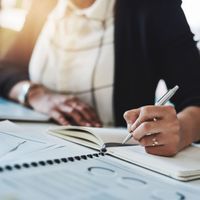