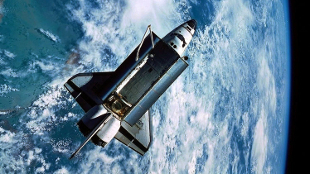 It was the longest successful space flight yet for the worms: six months in low Earth orbit (160–2,000 kilometers, or 100–1,240 miles above the Earth's surface) being fed and cared for entirely by a remotely-operated, automated culture system.

The system, which could allow this common laboratory model to participate in many future far-reaching and unmanned space adventures, automatically transferred some of the animals to fresh liquid culture media each month. The system also filmed the worm’s swimming behavior throughout the journey, meaning the scientists could collect data even if the worms never returned. "Because we had the bad experience with shuttle STS-107, which of course is the shuttle that broke up, we are keen [to] avoid being dependent on getting the worms back," Nathaniel Szewczyk from the University of Nottingham told BBC News.

The results from the current space flight, published earlier this month in...

“These observations establish C. elegans as a biological model that can be used to detect changes in animal growth, development, reproduction and behaviour in response to environmental conditions during long-duration spaceflight,” the authors wrote. “This experimental system is ready to be incorporated on future, unmanned interplanetary missions and could be used to study cost-effectively the effects of such missions on these biological processes.”