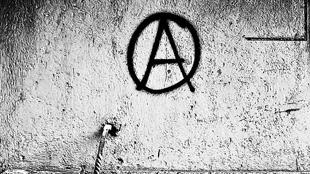 Earlier this month, an eco-anarchist group called the Olga Cell claimed responsibility for the non-fatal shooting of Roberto Adinolfi, a nuclear-engineering executive at Ansaldo Nucleare in Genoa, Italy. In a 4-page letter sent to an Italian newspaper, the Olga Cell not only justified the attack on Adinolfi—by stating “with this action of ours, we return to you a tiny part of the suffering that you, man of science, are pouring into this world”—but also threatened further attacks on scientists.

The Olga Cell had previously been linked to other acts of terrorism, including the 2011 bombing of the offices of the lobby group, Swissnuclear, in Olten, Switzerland.

According to Nature, the Olga Cell, which is part of the larger Informal Anarchist Federation International Revolutionary Front, is now joining forces with extremist groups in other countries, including Mexico, Chile, Greece, and the United Kingdom—prompting some research organizations to ramp...

Nuclear science isn’t the only field under attack. A terrorist group called Tending Towards Savagery bombed two nanotechnology facilities in Mexico in 2011. Some believe that these separate attacks form part of “an increasing degree of international networking between perpetrators,” a Swiss Federal Intelligence Service spokesman told Nature. Although the danger of drawing an attack varies depending on the field—with defense-related fields and nano- and nuclear sciences at seemingly higher risks—“it’s up to institutions to take preventative actions,” the spokesman said.