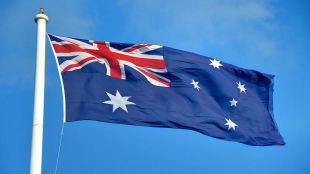 WIKIMEDIA, EZYKRONHD“Scientists around the nation are asking, ‘Where’s the science minister?’” Catriona Jackson, the CEO of the trade group Science and Technology Australia, said in a statement this week (September 16). Lacking from the cabinet posts of Australia's newly elected Prime Minister, Tony Abbott, is someone to head the country's science program. Instead of having a separate science post, the industry minister will be in charge of handling science. Abbott's announcement has science advocates and others worried that environmental and other science research initiatives will suffer under the new government.

It's not yet clear what impact the newly named industry minister, Ian Macfarlane, will have on science in Australia. According to News.com.au, oversight of the Commonwealth Scientific and Industrial Research Organisation (CSIRO) will fall under industry, but it's not certain who will oversee the Australian Research Council.

In a statement, Les Field, the secretary for science policy...

Yet The Guardian pointed out that Macfarlane has been considered by Clive Hamilton, a member of the government's Climate Change Authority, as one who has worked against curbing greenhouse gas emissions. And Abbott is not considered friendly to the cause of addressing global warming. According to New Scientist, “Australia is to abolish its emissions trading scheme, disband a climate advisory body and institute a carbon reduction policy that experts say will fail to meet its meagre target.” The Guardian added: “Australia’s Prime Minister elect Tony Abbott has just taken the climate change ball and locked it in a cupboard at the back of the official residence. And in the same cupboard, there’s a fancy-looking box with the word ‘science’ written on it.”