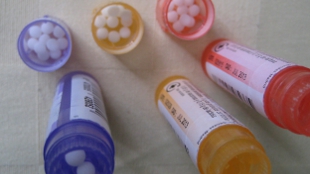 WIKIMEDIA, JAVIER MEDIAVILLA EZQUIBELA “There is no reliable evidence that homoeopathy is effective for treating health conditions.” That is the stark conclusion of the Australian government’s extensive review of the available scientific literature pertaining to homeopathic therapies, which use highly diluted formulas to treat numerous ills.

Australia’s National Health and Medical Research Council assessed studies on the effectiveness of homeopathy in treating 68 different conditions, including asthma, arthritis, cold and flu, chronic fatigue syndrome, eczema, cholera, malaria, and heroin addiction, and concluded that either the homeopathic treatment was no more effective than placebo or that there was insufficient evidence to suggest the homeopathic cure was more effective than that. “Homeopathic remedies contain nothing whatsoever,” University College London pharmacologist David Colquhoun told The Independent. “The Americans have spent $2 [billion] investigating these things . . . they haven’t found a single one that works.”

“Obviously we understand the placebo effect,”...

Homeopathy has long been considered a pseudoscience, and several studies have failed to detect any effect of homeopathic treatments. But the Australian report serves as both the most extensive and coordinated effort yet to debunk claims made by homeopathic practitioners and as a directive to Australian doctors to warn their patients that such alternative therapies may interfere with more effective conventional medicines.