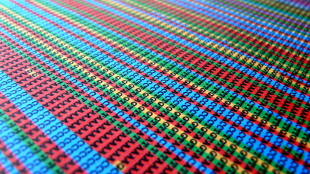 The Federal Court of Australia has upheld an earlier decision in favor of Myriad Genetics, a US-based genetic testing company that holds a patent on naturally occurring mutations in the BRCA1 gene, which can predict a woman’s risk for certain types of breast or ovarian cancer. On September 5, the court denied an appeal by the plaintiffs in the lawsuit, the patient advocacy group Cancer Voices Australia and Yvonne D’Arcy, a breast cancer survivor.

In its original February 2013 ruling, the court argued that the process of isolating a human gene creates an “artificial state of affairs” that may be protected by a patent. In last week’s decision, a different set of judges maintained that the actual isolated DNA is materially distinct from the DNA in the human body: “The chemical and physical makeup of the isolated nucleic acid renders it not only artificial but also...

In contrast, the US Supreme Court, in a case that also involved Myriad Genetics and the BRCA1 and BRCA2 genes, invalidated patents on the isolation of human genes in June 2013, but held that synthetic genes, including complementary DNA (cDNA), may be patented.

The US decision could lower the cost of genetic testing by increasing competition, a potential benefit to public health. Matthew Rimmer of the Australian National University in Canberra, an intellectual property law expert, told New Scientist that he was disappointed by the Australian judges’ failure to consider such implications. “Particularly with controversial patents in the life sciences, there is a need for judges to grapple with the wisdom of the patent system,” he said.

The plaintiffs are considering another appeal, which would bring the case to the nation’s top court, the Australian High Court.