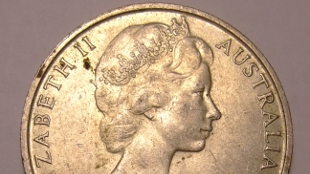 Wikimedia, Paul TempletonA panel of experts convened last year by the Australian government and tasked with generating ideas that would advance the country's health and medical research efforts over the next decade has released a 21-point draft plan that would provide a serious boost to Australian scientists if implemented. The plan, drafted by the Strategic Review of Health and Medical Research in Australia, includes recommendations to create 1000 new fellowships for clinicians to devote more time to research and establishing 20 new biomedical research institutions.

The panel also suggests investing at least 3 percent of federal, state, and territory government health funding to biomedical research, a boost that could total AUD $2-3 billion by 2023.

Unsurprisingly, Australian researchers are keen on the recommendations. "We particularly applaud the panel's recommendation to increase public sector investment in research over the next decade," Brendan Crabb, president-elect for the Association for Australian Medical...

But how the initiatives will be funded is a huge question, especially since the Australian government is currently toying with the idea of freezing research grants as a part of wider austerity measures. The Australian public has until the end of the month (October 31) to register comments on the draft plan before it's formally presented to the federal government.