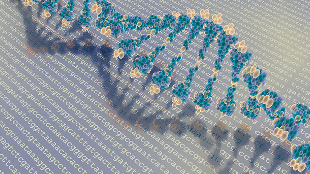 “Genetic variation likely accounts for roughly 60 percent of the liability for autism, with common variants comprising the bulk of its genetic architecture,” Joseph Buxbaum of the Icahn School of Medicine at Mount Sinai in New York City said in a National Institutes of Health (NIH) press release. “Although each exerts just a tiny effect individually, these common variations in the genetic code add up to substantial impact, taken together.”

“Knowing the nature of the genetic risk will reveal clues to the molecular roots of the disorder,” added Thomas Insel, director...

Estimates of autism’s heritability have ranged from 17 percent to 50 percent, according to the NIH, but sample sizes and variation in methodologies for determining these estimates have varied widely. Buxbaum and his colleagues at the Population-Based Autism Genetics and Environment Study (PAGES) Consortium took advantage of Sweden’s universal health registry, which provided a sample of some 3,000 people with autism and the same number of matched controls. Tackling the dataset with new statistical methods and comparing the results to another study that involved 1.6 million Swedish families, the team developed a best-fit model that pointed to common variants as the most heavily weighted factor contributing to autism risk, at 49 percent. Forty-one percent of the risk is still unaccounted for, while rare inherited mutations make up 3 percent of the remaining risk in the new model; non-additive factors, 4 percent; and spontaneous mutations, 3 percent.

“[F]or many families, the interplay between common and spontaneous genetic factors could be the underlying genetic architecture of the disorder,” Buxbaum said in the release.