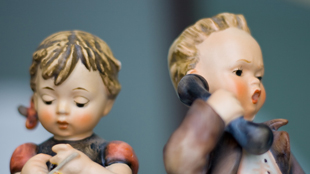 FLICKR, JASON PRATTThe number of men with autism outweighs the number of women with the neurological disorder, which affects 1 percent of the total population, by a factor of 2:1 to 3:1. As a result, most research has focused on autism’s effects in males, with the assumption that male and female brains are affected in the same way. However, new research published August 8 in the journal Brain demonstrates that autism has different effects on the neuroanatomy of women than it does on men. Further, autism appears to masculinize women’s brains, but not the brains of men.

“One of our new findings is that females with autism show neuroanatomical ‘masculinization,’” senior study author Simon Baron-Cohen, a psychologist at the University of Cambridge, said in a statement. “This may implicate physiological mechanisms that drive sexual dimorphism, such as prenatal sex hormones and sex-linked genetic mechanisms.”

“What we have known about autism to date is mainly male-biased,” study leader Meng-Chuan Lai, a neuroscientist at the University of Cambridge, told MedCity News. “We should not blindly assume that everything found for males or from male-predominant mixed samples will apply to females.”