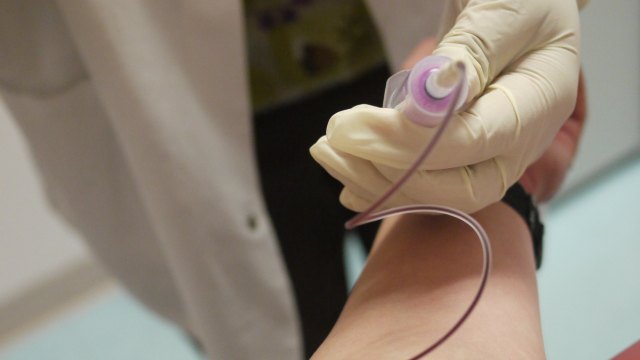 FLICKR, THIRTEEN OF CLUBSSome environmental chemicals, such as plastics additives and certain pesticides, act as endocrine disruptors and can perturb animals’ metabolisms in the lab. Epidemiological studies have also linked human exposures to these substances with an increased risk for developing diabetes. A study published today (October 27) in the Journal of Epidemiology & Community Health estimates that cutting exposures by 25 percent could reduce the prevalence of diabetes by 13 percent among the elderly in Sweden.

“Extrapolating to Europe, 152,481 cases of diabetes in Europe and €4.51 billion/year in associated costs could be prevented,” the authors, led by Leonardo Trasande at New York University School of Medicine, wrote in their report.

Trasande and his colleagues used data from a study of about 1,000 elderly Swedes whose blood was sampled to estimate their exposures to certain chemicals. Specifically, the researchers looked at four so-called “diabetogens”: two phthalates (plastics additives),...

In a study published earlier this month in The Lancet, Trasande and his collaborators estimated that the cost associated with Americans’ exposure to endocrine-disrupting chemicals—in healthcare expenses, intellectual disabilities, and lost days of work—is about $340 billion per year.

“Our research adds to the growing evidence on the tremendous economic as well as human health costs of endocrine-disrupting chemicals,” Trasande said in a press release.

One limitation of the paper published in The Lancet, according to Joseph Perrone, the chief science officer for the Center for Accountability in Science, is that the study “doesn't distinguish between endocrine action and endocrine disruption,” he told CNN. “This is an important distinction because activity does not by itself cause harm.”