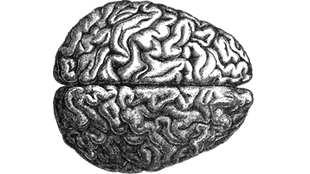 Even before birth, babies may be already beginning to process language the way adults do. A new study published yesterday (February 25) in the Proceedings of the National Academy of Sciences shows that brains are able to distinguish between basic sounds as early as 29 weeks into development.

Because it is extremely difficult to study fetuses inside their mothers, researchers observed babies who had been born 2 to 3 months early to get at the neural development that normally occurs in utero. They used a non-invasive brain imaging technique called functional near-infrared spectroscopy to monitor the infants’ responses to sounds while sleeping.

By watching the babies’ brain activity, the researchers found that they could distinguish between male and female voices and between the syllables “ba” and “ga.” When exposed to the same stimulus again and again, the infants’ brains tend to respond less and less with each repetition, but...

The researchers said that their results indicate that brains develop an organizational structure in the womb that allows fetuses to process language even before they are born.

But Janet Werkner, a developmental psychologist at the University of British Columbia, told Nature that she wasn’t sure what the study tells us about the development of full-term infants. “It is possible that the experience of birth triggers a set of processes that prime the brain of a premature infant to respond to language in ways that a same-aged fetus will not,” she said.