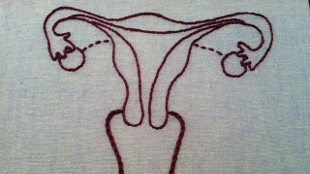 FLICKR, HEY PAUL STUDIOSDoctors at the University of Gothenburg in Sweden witnessed a medical first last month: the birth of a baby from a woman who was born without a womb. Last year, the woman received a transplanted uterus from a 61-year-old family friend; a year later, an embryo, created from IVT using one of her own eggs, was transferred into the organ. The child was born at 3.9 pounds via Cesarean section last month; both mom and baby are doing well.

“[The baby] screamed almost immediately, and that is a good sign that the baby’s doing fine, and of course that was fantastic happiness among me and the whole team,” Mats Brännström, the University of Gothenburg obstetrician who delivered the baby, said in a video interview. “But in the same time it was a little unreal sensational, because we really couldn’t believe that we had reached this...

Not only was the pregnancy successful, it was a relatively seamless operation, with both fetal growth and uterine and umbilical cord blood flow appearing normal for the first 31 weeks. “We found only one episode of mild rejection during the pregnancy that was successfully treated with corticosteroids, and the woman was working full time until the day before delivery,” Brännström said in a press release accompanying a Lancet paper announcing the birth.

Last month, the woman developed preeclampsia, exhibiting high blood pressure that could risk both her and her child, Brännström explained. She was admitted to the hospital to allow the doctors to monitor the baby, and after determining that it was “a little stressed,” the team decided to move up the Cesarean section that had been scheduled for week 34. The surgery went well, and the mother was discharged from the hospital three days later. A week after that, the baby was discharged as well. Both are in good health, according to the release.

The mother is one of nine women who received transplanted uteruses last year. Doctors removed the transplanted organs from two patients, due to a serious infection in one case and blood clots in the transplanted blood vessels in another, but Brännström and his colleagues hope to see the birth of more babies from the women for whom the transplant was well accepted. It will be some time before the procedure becomes routine in medical practice, however, Brännström noted.

“This would not be done unless there were no other options,” Cornell University fertility specialist Glenn Schattman told The Guardian. “It requires a very long surgery and not without risk and complications.”