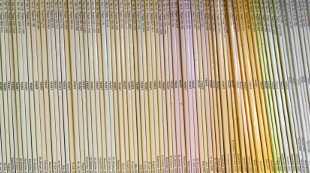 FLICKR, TOBIAS VON DER HAARMarc Hauser, the former Harvard evolutionary psychologist who drew attention for his studies on self-awareness in monkeys and began making headlines for another reason in August 2010 when a university investigation found him guilty of scientific misconduct (a conclusion also reached by the Office of Research Integrity two years later), is back, Retraction Watch reported. Yesterday (May 7), he and colleagues—including some notable researchers, like MIT’s Noam Chomsky and Harvard’s Richard Lewontin—published a review on the evolution of language, and earlier this year (March 18) Hauser and University of Cambridge’s Jeffrey Watumull published another review on problems with using game theory approaches to model language evolution. Both papers appeared in Frontiers in Psychology.

In both publications, Hauser gives his affiliation as Risk Eraser, a Massachusetts-based company that develops brain-training programs to help at-risk children learn and make decisions. When he resigned from Harvard...

Hauser’s new publications attracted a diversity of reactions: “I predict (and even hope) that Frontiers in Psychology will soon follow Dr. Hauser into the dustbin of history,” one commenter, called Tom, wrote in a comment at Retraction Watch. (As the blog noted, the journal recently retracted a controversial paper on conspiracy ideation and climate skepticism that was mysteriously pulled from its website a year earlier.)

But others were more supportive of Hauser’s return to science. “Marc Hauser was caught cheating, and lost his job. Does that mean that he has absolutely nothing of value to say about anything?” responded commenter Helen Arbib. “As long as he does not collect data, I’m open to logical arguments made by anyone.”

The discussion gets to an issue that has been raised many times before: Can researchers come back to science after being convicted of fraud? It’s a good question.