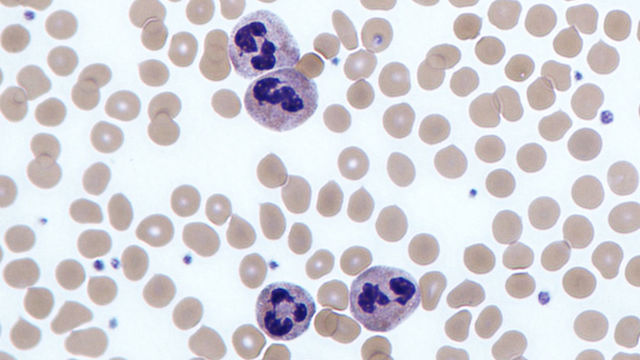 Group B Streptococcus, a bacteria linked to preterm birth and newborn infections, deploys a toxic pigment molecule that targets immune cells in order to infect the placenta and amniotic sac, according to new research.

The role of this toxic pigment, the researchers found, is to puncture the membrane of neutrophils, immune cells that trap pathogens in sticky expulsions of DNA and chromatin. The pigment “doesn’t make a nice defined hole,” study coauthor Lakshmi Rajagopal told Science News. “It inserts in random places, disfiguring the membrane.”

Neutrophils are the placenta’s first and...

Group B Strep infection is relatively common in people and doesn’t always trigger problems during birth. Predicting whether an infection will be dangerous or harmless remains a challenge, Maria Gloria Dominguez-Bello of New York University told Science News: “Why can we live with such a potential enemy? And how can we avoid the virulent strains?”

Determining how this bacterium operates could aid in vaccine development, Rajagopal told Science News. But studying the pigment is challenging, because it’s made of a fatty chain that’s not soluble in water. “First we have to make enough that we can tinker with it,” she added. “It’s tricky.”