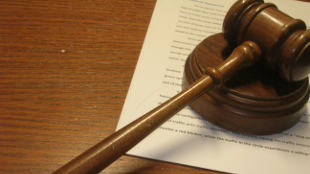 WIKIMEDIA, BRIAN TURNERTwo California universities are locked in a nasty legal dispute. The University of California, San Diego (UCSD), is suing the University of Southern California (USC), charging that a UCSD researcher tried to move his whole lab and a $55 million federal research grant to USC, according to the Los Angeles Times. The suit, filed last week in San Diego Superior Court, alleges that Paul Aisen, an Alzheimer’s disease researcher who moved from UCSD to USC last month, illegally conspired to abscond with data and other assets, essentially transplanting his lab to USC.

That UCSD is crying foul is somewhat surprising. Universities routinely recruit top researchers, luring them to new positions at new institutions. But UCSD says that USC crossed the line by committing contract interference, civil conspiracy, and “computer crimes” in poaching Aisen. According to the suit, Aisen left UCSD with eight colleagues, seeking to rebuild...

USC officials denied any wrongdoing. “We are surprised and disappointed that the University of California San Diego elected to sue its departing faculty member and his team, as well as USC, rather than manage this transition collaboratively, as is the well-accepted custom and practice in academia,” USC said in a statement to the LA Times.

UCSD and USC have a history of chilly relations. When USC made a failed bid to take over the ailing Scripps Research Institute last year, UCSD’s Khosla suggested that his university would make a more suitable partner for Scripps.