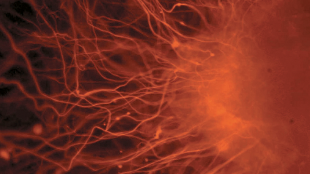 Two years ago, two researchers filed a case challenging the legality of the National Institutes of Health’s new guidelines on the federal funding of human embryonic stem cell (hESC) research. After a temporary halting of the funding that shocked the field, the hold was overturned and the case later dismissed altogether in July. In September, the plaintiffs appealed the ruling. Now, the case is set to be heard by three judges in a federal appeals court next April, and some researchers are concerned that it’s not a sure-win for the NIH.

Judge Karen LeCraft Henderson, who appointed by former President George H.W. Bush, voted against the NIH last April, and the other judges assigned to the case—Chief Judge David Sentelle, appointed by Ronald Reagan, and Janice Rogers Brown, appointed by George W. Bush—may side similarly. "It's a very difficult draw for...

Briefs are due to the court by mid-March, and oral arguments are scheduled for the morning of April 23. Mazzaschi expects a ruling could be rendered in the fall.