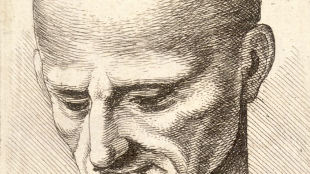 George Costanzas of the world take heart. Scientists claim that they’ve identified some of the genetic components that lead to male-pattern baldness, which affects 80 percent of men by age 70. The enzyme at the center of the discovery is prostaglandin D2 synthase (PTGDS). Reporting their findings in Science Translational Medicine, researchers led by University of Pennsylvania dermatologist George Cotsarelis found that levels of PTGDS—as well as levels of the enzyme's product, prostaglandin D2 (PGD2)—are elevated in areas of bald scalp compared to areas with hair in men with patterned baldness. They also found that a related gene, prostaglandin-endoperoxide synthase 2 (Ptgs2), plays a role in baldness. Transgenic mice that lacked the gene had elevated levels of PGD2 and developed traits characteristic of male pattern baldness, such...

PTGDS and a couple of its receptors, along with Ptgs2 and PGD2, could be important molecular targets for drugs to help men losing their hair, according to the study authors. "We identified a target for treating male-pattern baldness," Cotsarelis told BBC News, "The next step would be to screen for compounds that affect this receptor and to also find out whether blocking that receptor would reverse balding or just prevent balding—a question that would take a while to figure out."

Cotsarelis added that there are many baldness drugs that target the molecular pathways surrounding PGD2 already in development, some in clinical trials.