Bat populations across eastern North America are at risk of extinction -- possibly within just 16 years -- as a result of the spreading incidence of white-nose syndrome, according to a study published this week in Science. "I think people who study and care about bats had a sense that something this dire was happening," said evolutionary physiologist linkurl:Craig Willis;http://ion.uwinnipeg.ca/%7Ecwillis/ of the University of Winnipeg, who did not participate in the study. But, he added, "the speed -- the 16 year timeline -- I think was a bit of a surprise." "It's a sobering analysis," agreed microbiologist linkurl:David Blehert;http://www.nwhc.usgs.gov/staff/david_blehert.jsp of the USGS National Wildlife Health Center, who was also not involved in the research. White-nose syndrome (WNS) was first discovered in the United States in 2006 in a cave in upstate New York. Since that time, the fungus-induced disease has been...
Geomyces destructans
Used by permission of the Trustees of Boston University. All rights reserved
ScienceW.F. Frick, et al., "An emerging disease causes regional population collapse of a common North American bat species," Science, 329:679-82, 2010. D.G. Streicker, et al., "Host phylogeny constrains cross-species emergence and establishment of rabies virus in bats," Science, 329:676-9, 2010. 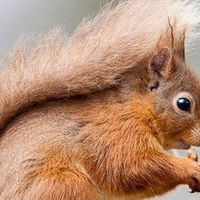