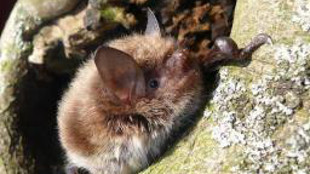 Bats, which constitute about one-fifth of the world’s mammal species, are sensitive indicators of ecosystem health. Bat populations dropped across Europe during the second half of the 20th century due to pollution and habitat loss. But according to a new report from the U.K.’s Bat Conservation Trust (BCT), many bat populations across England, Scotland, and Wales are now rebounding.

A team led by BCT scientists analyzed data collected by more than 3,500 volunteers at 3,272 sites between 1997 and 2012. As part of the National Bat Monitoring Programme (NBMP), citizen scientists counted bats in summer roosts and winter hibernation sites, and tracked echolocation calls across fields and rivers. These records provide a sufficiently robust dataset to identify changes in bat populations, NBMP researchers reported this month (December 9) in Biological Conservation.

“We are delighted to be able to show that...

Barlow and her colleagues plan to assess the effects of legal protections and conservation efforts, as well as climate and habitat changes, on the U.K.’s bat populations. The fungus that causes white-nose syndrome is prevalent among European bats but appears to have little impact on the animals; however, the disease has caused severe declines among North American bats.