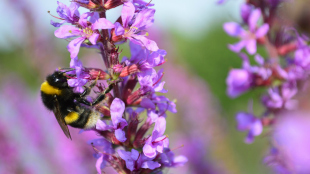 PIXABAY, BRIANJCLARKThe effects of pesticides on pollinators have been a source of controversy, with the latest evidence, published in Nature this week (April 22) falling on the side of those who say the chemicals can harm bees. The results are especially troubling in light of a paper published concurrently in Nature that shows honeybees and bumblebees actually prefer syrup containing pesticides over plain syrup.

“I think it’s a surprising result,” the University of Guelph’s Nigel Raine, who was not involved in the studies, told NPR’s The Salt, “because the data suggest that they can’t taste the [pesticides], but they are still preferring them.”

Both studies focused on neonicotinoids, which are commonly used insecticides for crops. Prior evidence of the untoward impacts of neonicotinoids on bees led the European Union to place a moratorium on their use, but until now there have been few field studies...

“At this point in time it is no longer credible to argue that agricultural use of neonicotinoids does not harm wild bees,” Dave Goulson of Sussex University told The Guardian.