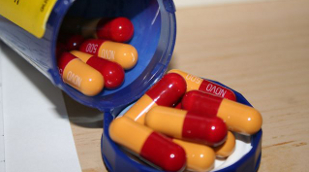 Wikimedia, BmramonClinical trials that find very large effects for medical treatments tend not to hold up under further scrutiny, according a study published this week (October 24) in the Journal of the American Medical Association. The authors say the findings should be a reminder to be cautious about exciting early studies.

Analyzing data from 230,000 clinical trials across various disciplines, a team led by Stanford University epidemiologist John Ioannadis found that researchers rarely succeed in replicating study results that claimed a “very large effect.” “The effects largely go away; they become much smaller,” Ioannidis told the Los Angeles Times. “It's likely that most interventions that are effective have modest effects.”

The analysis also revealed that studies reporting outstanding results tended to have used fewer than 100 subjects, so the effects are more likely to be influenced by chance. Moreover, “very large effect” studies usually measure intermediate effects,...

The authors suggest that the results should reiterate to patients, physicians, and policymakers that drugs or devices that get glowing reports in small, early-stage trials should be treated with caution—rather than rushed through for approval.

Gordon Guyatt, a clinical epidemiologist at McMaster University in Hamilton, Canada, who was not involved in the study, agreed. People tend to “get excited, and misguidedly so” by these “very large effect” results, he told the LA Times.