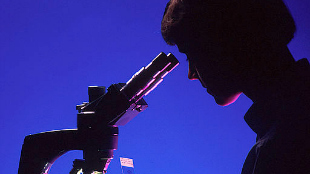 WIKIMEDIA, BILL BRANSONIn a hypothetical hiring situation, faculty members in science, technology, engineering and math (STEM) are twice as likely to give a job to a female applicant than to a male one, all else being equal. The findings of the survey, published this week (April 13) in PNAS, suggest that women may have a leg up in securing an academic position in STEM.

Wendy Williams of Cornell University told Inside Higher Ed she was surprised by the findings of her study, coauthored by Cornell’s Stephen Ceci. “At one point we turned to each other while we were coding email responses from faculty across the U.S. and said we hoped that the large preference for women applicants over identically qualified men applicants would slow down because it seemed too large to be believed! It never did slow down, and the final tally was roughly a 2 to 1 preference.”

It’s not clear why there was such a hiring bias in favor of women in this simulation. Joan Williams of the University of California’s Hastings College of Law told Inside Higher Ed that it could be due to the female applicants’ over-the-top qualifications. She cautioned against interpreting the study’s findings as reflecting a rosy situation for women. “There are many studies that focus only on hiring, and that’s a totally legitimate thing to do. The problem is the way they’ve interpreted their conclusion, which is far too broad, because this effect in hiring isn’t really the problem with gender bias in STEM.”

If the findings reflect real-world situations, bias against women likely persists at other career stages. “I think it’s fair to say that the women who have run the gauntlet and gotten advanced STEM degrees will find the labor market quite welcoming if they choose to seek employment in academic STEM jobs,” Jennifer Glass, a sociologist at the University of Texas, Austin, told Science Insider. “What happens once they are there is another matter entirely.”