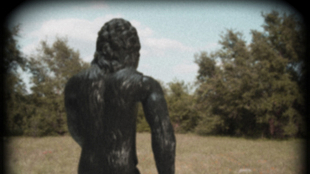 FLICKR, JD HANCOCKEarlier this year, Texas-based company DNA Diagnostics published sequence data from what they claimed was a sample from the Sasquatch. Those samples have since been analyzed by an anonymous but “highly reputable geneticist,” according to the SciGuy blog hosted by The Houston Chronicle, and the results are in: the DNA is in fact a mix of opossum and other species, and not a new primate species.

Back in February, when the Sasquatch DNA paper was published in a newly created journal, geneticists were far from convinced. The evidence presented was at best inconclusive, they said. Shortly after the media kerfuffle died down, lead author Melba Ketchum of DNA Diagnostics called Eric Berger, a science journalist with The Houston Chronicle who had written about the claims, and agreed to provide samples for outside analyses. Berger passed the samples on to what he describes as a “top...

Berger met with the geneticist last week and asked about the results of the new analysis. “It was, he told me, a mix of opossum and other species,” wrote Berger. “No find of the century.” The “other species,” which are presumably known species, were not named and the sequence data has not been published.

“I’m honestly really disappointed.” Berger added. “But in my world, science is the arbiter of reality.”