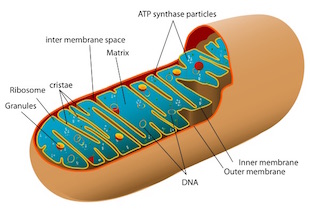 MitochondrionWIKIMEDIA, LADYOFHATSA Senate committee is today (May 19) taking a first look at a bill that would extend a federal ban on mitochondrial replacement therapy (MRT), STAT News reported. The technique involves replacing a woman’s mitochondrial DNA (mtDNA) with genetic material from a third person (or transplanting the nucleus of a fertilized egg into a healthy, third-party cell) to prevent her from passing a severe mitochondrial disease on to her offspring.

Institutions that support MRT-related research are now lobbying Congress to lift this ban.

“We are advocating to remove the [ban] language or to modify it, to allow science around mitochondrial replacement therapy to advance,” said Lynne Boyle, director of federal relations at Oregon Health & Science University, which is home to one of the technique’s pioneers, developmental biologist Shoukhrat Mitalipov.

In December 2015, Congress passed a rider to the fiscal year 2016 budget that banned...

Meanwhile, other countries are moving ahead with the research. On February 25, Britain became the first country to approve the “three-parent” in vitro fertilization treatment.

“At this point, there is nothing we can do to move forward,” Mitalipov told The Scientist. “We’ll keeping working on the basic science, but unfortunately we cannot translate it to treatments yet because of this restriction.”