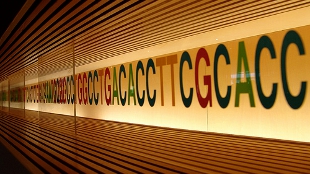 Flickr, MJ/TRBiobanks—stores of genetic and medical information submitted by willing participants—have the potential to lead to new insights into health and disease. Now, the largest US biobank, which contains data for 100,000 northern Californians, has yielded its first results. Presenting at the American Society of Human Genetics (ASHG) meeting last week, the biobank's curators, of Kaiser Permanente (KP), discussed their findings of a link between telomeres and mortality, as well as specific genetic variants and disease traits, ScienceInsider reported.

“It's great. They have a huge data set,” Aravinda Chakravarti, a human geneticist at Johns Hopkins University in Baltimore, Maryland, told ScienceInsider.

The biobank was initiated in part by a 2-year, $25 million National Institutes of Health (NIH) grant that funded the search for genetic markers of aging in the genomes of 100,000 Californian adults insured by KP. Previously announced results include the link between certain single-nucleotide polymorphisms...

The researchers will deposit the data in an NIH database known as dbGaP. “This is obviously a very rich set of data that we want to be widely used,” Catherine Schaefer, director of KP's Research Program on Genes, Environment, and Health. And the team hopes to keep expanding the biobank. According to ScienceInsider, “a total of 200,000 KP members have donated biological samples and 430,000 have filled out a survey saying they're interested in participating.”