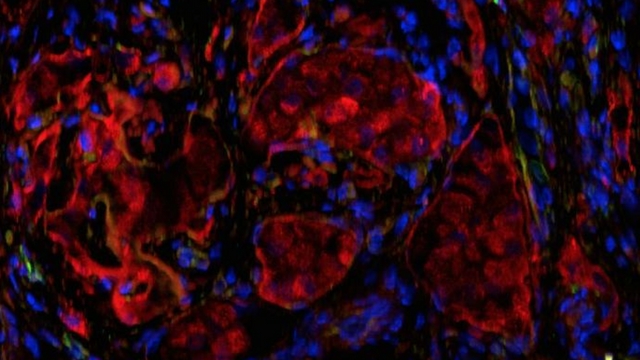 Type I diabetes had rendered a 43-year-old woman dependent on insulin, until doctors restored her body’s ability to produce the hormone with engineered islet cells transplanted into her abdomen, according to a New England Journal of Medicine report published today (May 11). The patient remained insulin-independent one year after her transplant, and as reported by a news release, is part of a continuous clinical trial testing the efficacy of this treatment for diabetes.

In type I diabetes, the body’s immune system attacks insulin-producing pancreatic beta cells—a subtype of islet cells. To restore insulin production and simultaneously curtail an immune response, researchers blended a donor’s islet cells with the patients’ plasma and, together with added enzymes that enable blood clotting, made a “gel-like material that...

“The objective of testing this novel tissue-engineered platform is to initially determine that insulin-producing cells can function in this new site, and subsequently introduce additional technologies towards our ultimate goal to replace the pancreatic endocrine function lost in type 1 diabetes without the need for anti-rejection drugs,” Camillo Ricordi, a coauthor, physician, and professor at the University of Miami Miller School of Medicine, said in the news release.

In the study, the patient demonstrated increased glucose and decreased insulin beginning at six months post-transplant, but her bloodwork indicated that she had not yet returned to a diabetic condition.

“We’re exploring a way to optimize islet cell therapy to a larger population. This study gives us hope for a different transplant approach,” David Baidal, the lead author and a professor at the University of Miami Diabetes Research Institute, told reporters.