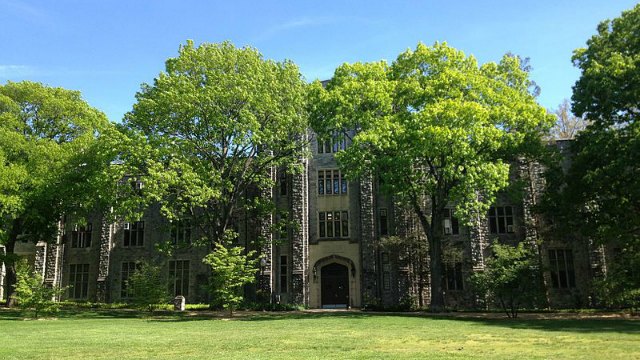 Update (February 26): Yesterday, a US District Court judge determined that Zhang is guilty of conspiracy to defraud the government, false statements, and obstruction, according to The Roanoke Times.

Update (October 5): The US House Science, Space, and Technology Committee is investigating Zhang’s case and has asked Virginia Tech for relevant documents. “This investigation is consistent with the Committee’s broader goal of ensuring the effective management and stewardship of taxpayer dollars,” Chairman Lamar Smith (R-TX) wrote in a letter to Virginia Tech’s president today.

A protein engineer who studies biofuels at Virginia Tech has been arrested on charges of defrauding the US government. Yiheng Percival Zhang, along with postdoc Chun You and former student Zhiguang Zhu, are accused of misusing grant funds topping $1 million.

According to the Federal Bureau of Investigation’s complaint, published by The Washington Post, Zhang took money from the National Science Foundation and the Department of Energy for work that had already been completed and did not distribute funds appropriately to the university. Zhu and You allegedly submitted false claims to the government and “conspired to engage in a scheme to defraud NSF,” according to the complaint.

Zhu and You now work for the Tianjin Institute of Industrial Biotechnology in China, where Zhang is also affiliated.

According to The Roanoke Times, Zhang is in other legal trouble: a former employee of Zhang’s startup company, Cell-Free Bioinnovations, is suing him for taking confidential information to another firm.