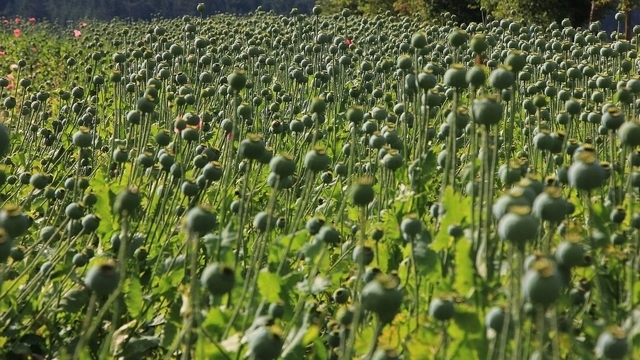 In a study published yesterday (April 2) in PNAS, researchers describe how they genetically engineered a strain of brewer’s yeast, Saccharomyces cerevisiae, to produce noscapine, a nonnarcotic cough suppressant produced naturally by opium poppies. The scientists included an array of genes from various organisms to build the biosynthetic pathway in the yeast.

“This is a technology that’s going to change the way we manufacture essential medicines,” says coauthor Christina Smolke, a synthetic biologist at Stanford University, in a statement. “Traditionally, we’ve gotten our medicines from the natural world, mainly from plants. But the plants’ molecular assembly lines have evolved to optimize the plants’ survival, not to churn out buckets of one substance we humans want to get our hands on.”

Smolke and her colleagues inserted 25 plant, bacteria, and mammalian genes into the yeast, as well as...

The new configuration improved the yeast’s output of the drug by a factor of 18,000 over previous attempts that used different gene combinations. As a result, the scientists can produce substantial amounts of noscapine in just a few days. This improvement in output means that the technique could eventually be optimized for commercial manufacturing, although that requires an additional 100-fold increase in production. Smolke says much of this can be achieved by simply scaling up laboratory hardware.

Noscapine has traditionally been widely used as a cough suppressant, but in 1998 researchers at Emory University discovered its potential as an anticancer drug. Since then, it has been shown to reduce and possibly prevent metastasis of breast and prostate tumors in mice, but the process of harvesting the drug from opium poppies is laborious (via TIME).

“We’re no longer limited to what nature can make,” Smolke says in the statement. “We’re moving to an age where we can borrow nature’s medicine-manufacturing processes and, using genetic engineering, build miniature living factories that make what we want.”