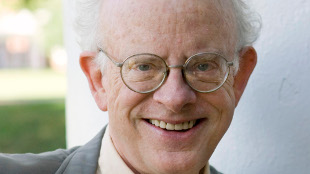 John Arras, a professor of philosophy and bioethics, died this month (March 9) of a stroke in Galveston, Texas. He was 69.

“He insisted on taking on the hard stuff . . . and the neglected corners of medicine rather than confining himself to the well trodden dilemmas of end of life intensive care,” bioethicist Steven Miles, a former student of Arras, wrote in a tribute.

Arras served as a member of the Presidential Commission for Study of Biomedical Issues and a founding member of the ethics advisory board of the US Centers for Disease Control and Prevention. He focused his research on difficult questions, such as physician-assisted suicide, where he encouraged both sides of the debate to listen to the desires of patients. His work also argued for the morality of rationing limited medical care. “If we define ‘rationing’ as the...

A dedicated teacher, Arras was an invited participant of the first student-run national bioethics conference, held at Princeton in 1999. “Although broadly read, he used his erudition to counsel and inspire rather than to boast or intimidate,” Miles wrote in his tribute to Arras.

Arras is survived by his wife, two children, five grandchildren, a brother, and a sister.