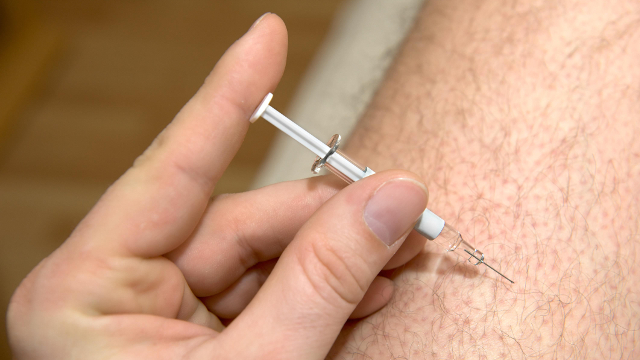 ISTOCK, CRUPHOTOBiohacker Aaron Traywick, who sparked controversy in February when he injected himself with an untested herpes vaccine, died on Sunday (April 29). He was 28.

The Metropolitan Police Department of the District of Columbia confirmed in an email to LiveScience that Traywick was found dead in a spa room in DC. In a statement sent to Gizmodo reporter Kristen Brown and posted on her Twitter feed, the police department says Traywick’s body has been taken to the Office of the Chief Medical Examiner for an autopsy, but no evidence exists right now to suggest a relationship between his death and the vaccine he injected into himself in February.

Traywick was CEO of Ascendance, a biotech startup aiming to develop gene therapy treatments and immunizations for HIV and herpes. It is also working on a gene...

The therapies have their critics. Last November, the US Food and Drug Administration warned consumers to be cautious of gene therapies not under appropriate regulatory oversight, which would include those from Ascendance. Tristan Roberts, a computer programmer who ran the digital side of the company and was voluntarily injected with its HIV gene therapy, reversed course and called Traywick a “scam artist” in February, according to Gizmodo.

Roberts took a different tone after learning of Traywick’s death from a family member, VICE reports. “Aaron was a passionate visionary. He seemingly never tired as he brought people together to work on some of the most imposing challenges facing humanity,” the outlet reports Roberts said in a statement. “While many in the biohacking scene disagreed with his methods, none of them doubted his intentions. He sought nothing short of a revolution in biomedicine; the democratization of science and the opening of the flood gates for global healing.”

Traywick apparently hadn’t been in touch with his colleagues at Ascendance over the past month, according to VICE. Reportedly, the CEO and his colleagues had differing ideas about how to distribute the gene therapies as well as the direction of the company. “We all lost touch with him. It was radio silence,” Andreas Stuermer, a researcher at the company, tells VICE. “It was more than four weeks ago."

Roberts tells News2Share Traywick was found in a flotation tank at the spa. The tanks are filled with saltwater kept at human body temperature and close like a clamshell to block out noise and allow deep meditation. “He was found face down,” Roberts says.