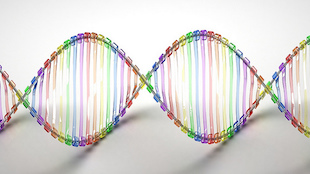 FLICKR, CAROLINE DAVIS2010Soon, programming living cells may be as straightforward as programming a computer. Researchers at MIT have developed a tool that makes it possible to design DNA circuits for living cells, they reported today (April 1) in Science.

“This is the first example where we’ve literally created a programming language for cells,” study coauthor Chris Voigt of MIT told Nature.

The new tool, called “Cello,” enables users to automate the design of cellular circuits—a core feature of synthetic biology. It’s based on an existing programming language, “Verilog,” which is used to design electronic circuits on a computer chip. The user simply inputs a design, and the program converts it into a DNA sequence that executes a specific function, like producing a drug.

“This paper solves the problem of the automated design, construction and testing of logic circuits in living cells,” bioengineer Herbert Sauro at the University of...

Using Cello, Voigt and his colleagues designed 60 DNA circuits, 45 of which worked when first tested. Work that took a scientist three years to complete in 2012 would take about a week with the new system, Voigt told Nature.

Synthetic biologist Drew Endy of Stanford University, who was also not involved in the research, predicted that biological programmers will eventually become more common than computer programmers. “Not everyone has a computer or even a cellphone,” he told New Scientist, “but everyone has biology.”