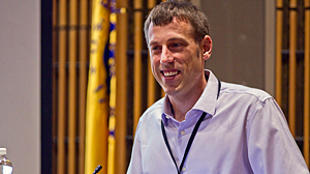 NIEHS COURTESY OF MICHAELGARSKEMolecular biologist Jason Lieb resigned his position at the University of Chicago last month as a university investigation found him guilty of sexually harassing female graduate students at an off-campus retreat for the school’s molecular biosciences division, according to The New York Times. In a letter obtained by the New York Times, university officials recommended that the 43-year-old Lieb be fired for his transgressions, which included engaging in sexual activity with a student who was, as the officials put it, “incapacitated due to alcohol and therefore could not consent.”

“In light of the severity and pervasiveness of Professor Lieb’s conduct, and the broad, negative impact the conduct has had on the educational and work environment of students, faculty and staff, I recommend that the university terminate Professor Lieb’s academic appointment,” reads the letter, which was signed by the University of Chicago’s Sarah Wake, assistant...

These latest allegations of misconduct are not the first that have been made against Lieb. A graduate student from his laboratory at the University of North Carolina (UNC), Chapel Hill—where Lieb held a faculty position for more than a decade—apparently filed a complaint of unwanted contact against him. A subsequent university investigation failed to find enough evidence to support that claim, the New York Times reported.

Between UNC Chapel Hill and Chicago, Lieb was briefly on the faculty at Princeton University; he resigned from that position after only seven months.

In January 2014, when asked about Lieb’s alleged misconduct, UNC Chapel Hill spokesperson Susan Hudson told The Scientist in an email that she would check “to see what information, if any, the university would be allowed to release if there is or was an investigation.” Lieb’s public personnel file, emailed to The Scientist, does not mention any investigation. A Princeton spokesperson declined to comment. Emails and phone calls to members of the Lieb labs—at Princeton and UNC Chapel Hill—that month went unreturned.

The University of Chicago committee that hired Lieb knew about his swift departure from Princeton and, according to the New York Times, Lieb told the committee that he had had a lengthy affair with one of his grad students at UNC Chapel Hill. Yoav Gilad, a University of Chicago researcher who sat on the committee that advocated hiring Lieb, told the New York Times that he and other faculty members on the committee struggled to find a balance between protecting students and weighing the allegations against Lieb without any concrete evidence. “It’s hard to say this in retrospect,” Gilad said, “but what’s the value of investigating anything if an unsubstantiated allegation itself invalidates the candidate?”

Princeton, UNC Chapel Hill, and Lieb all declined to speak with the New York Times about the story.