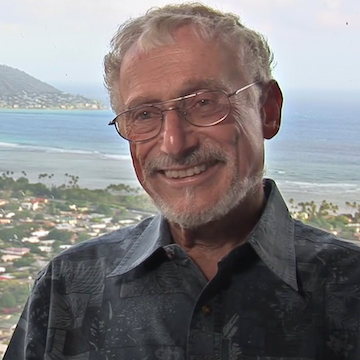 VIMEO, AQUATIC MAMMALSLouis Herman, a biologist who laid the foundation for scientists’ understanding of dolphin communication and intelligence, died this month (August 3) due to bile duct cancer, his daughter, Elia Yvette Kamalei Herman, told the New York Times. He was 86.

In 1970, while he was a professor at the University of Hawaii at Manoa, Herman founded the world-renown Kewalo Basin Marine Mammal Laboratory (KBMML), which was located in Honolulu until its closure in 2006. The research Herman led between 1970 and 2004 at KBMML and in conjunction with the Dolphin Institute in Honolulu, which he founded in 1993, helped establish the remarkable mental faculties of bottlenose dolphins. Their interpretation of language and visual cues rivals that of chimpanzees—and can even surpass them, Herman reported. For instance, dolphins seem able to immediately understand human gestures, such as pointing, whereas chimps must learn the meaning of these gestures over...

Herman and colleagues also demonstrated dolphins’ abilities to learn language. The scientists were able to teach two dozen words of an artificial language to a pair of dolphins. (Another dolphin he worked with even seemed to even understand simple sentences, such as “Fetch the ball” and “Touch the ring,” the New York Times reported.)

His team also showed that dolphins can understand that the order of words influences a sentence’s meaning; that dolphins use echolocation to image their environment; and that they can spontaneously transpose sounds across octaves.

In an interview with Aquatic Mammals in 2012, Herman advised students interested in working with cetaceans to seek out research positions among the many marine scientists doing what he saw as excellent work, and to take advantage of the current richness of the field. “It’s so much better than when I began back in the 1960s,” he said.

At the close of the recorded interview, he recalled the start of his own career. It was, he said, “a summer fling that turned out to be an endless summer.”

Herman is survived by his wife and daughter.