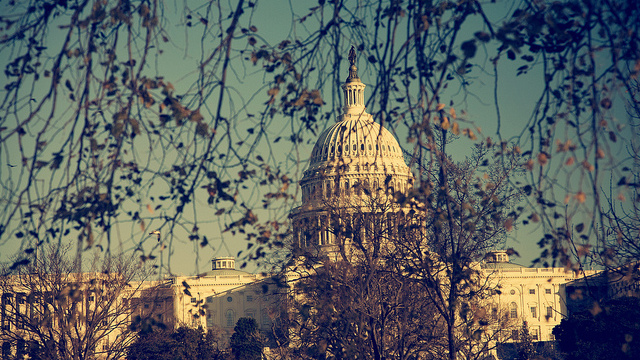 The House of Representatives passed legislation intended to fast-track biomedical research by a 392 to 26 vote, STAT News reported. The 21st Century Cures Act is a sweeping bill that would allocate funds to the National Institutes of Health (NIH) and streamline drug approval regulation by the Food and Drug Administration (FDA).

The bill, which will now be sent to the Senate for approval, includes $4.8 billion dollars in funding for three NIH programs: the Precision Medicine Initiative, the Cancer Moonshot, and the BRAIN Initiative, according to Science. The bill may also loosen certain FDA regulations, allowing a drug approved for treating one disease to be applied to a related disease without restarting the entire process, according to NPR.

The legislation is not without controversy, and some experts have raised concerns over maintaining the rigor of drug approval. “There’s no doubt that...

Update (December 7): The Senate approved the 21st Century Cures Act in a 94–5 vote, sending the bill to the White House where President Barack Obama has indicated he plans to sign it, the Associated Press (AP) reported.

In an unusual show of cooperation, representatives from both parties spoke highly of the legislation on the Senate floor Wednesday (December 7). “This is an opportunity we cannot miss, and we're not going to miss it,” said Senator Lamar Alexander (R-TN), chairman of the Senate health committee, according to the AP. The bill also drew acclaim from The American Society of Clinical Oncology, Research!America, and other scientific organizations.

“The [National Institutes of Health] will finally be able catch up from a decade of declining budgets and keep up with the current and evolving promise of biomedical research,” the Association of Public and Land-grant Universities wrote in a statement.

Update (December 14): President Barack Obama signed the 21st Century Cures Act into law on Tuesday, with broad bipartisan support. The Act will invest $6.3 billion in medical spending, with $1.8 billion earmarked for Vice President Joe Biden’s cancer research “moonshot” and $1 billion to combat opioid abuse. The bill will also streamline drug and device reviews at the FDA, a measure that is somewhat controversial.

“It’s not always easy to remember, but being able to honor those we’ve lost in this way and to know that we may be able to prevent other families from feeling that same loss, that makes it a good day,” Obama said at a ceremony at the White House, attended by Biden and key lawmakers (via The Washington Post). “It’s a good day to see us doing our jobs.”