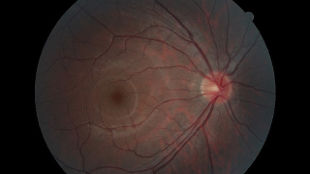 FLICKR, IDEALISMSLast month, Ray Flynn became the first patient with dry age-related macular degeneration (AMD) to be fitted with the Argus II Visual Prosthesis System, a retinal device developed by Second Sight that received market approval from the European Union in 2011. While he retained some peripheral vision, as a result of AMD for years he could see nothing in the center of his field of view. Now, thanks the Argus II’s conversion of the images picked up by a video camera on a pair of glasses into electrical pulses that stimulate the cells of the retina, Flynn can detect the direction (horizontal, vertical, or diagonal) of white lines on a computer screen. He can also decipher outlines of people and objects.

“I can now actually see the face of my brother,” Flynn, an 80-year- old retired engineer, told The Telegraph. “And watching Manchester United on the...

“Mr. Flynn’s progress is truly remarkable,” Paulo Stanga, the ophthalmologist and vitreoretinal surgeon at Manchester Royal Eye Hospital who led the operation, told BBC News. “I think this could be the beginning of a new era for patients with sight loss.”

The Argus II has previously proven successful in restoring some visual perception, such as basic shape recognition (and, occasionally, reading ability), in patients with retinitis pigmentosa. But this is the first time the device has been tested on someone with AMD, the most common cause of vision loss in people over 50. Four more dry AMD patients will now receive the implant. “We are very excited by this trial and hope that this technology might help people, including children with other forms of sight loss,” Stanga told the BBC.